Astrology What are the lessons of the ongoing coronavirus pandemic?

What are the lessons of the ongoing coronavirus pandemic? 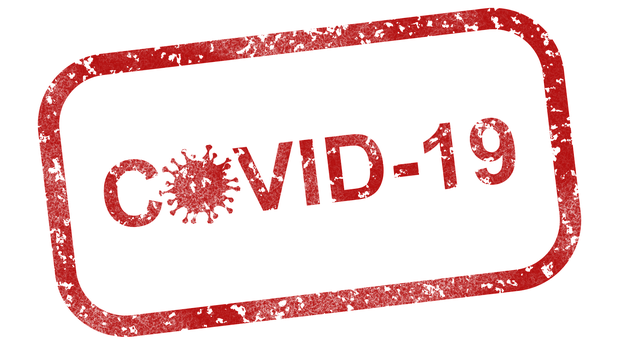 My deep conviction is that this does not happen for no reason and from every situation, if a person or humanity learns in a timely manner, it stops repeating itself, remains in the past. Covid-19 is a situation that is repeated, but now it is much more dangerous and on a larger scale than SARS 2003, MERS 2012 and other diseases of animal origin.

What is the cause of these diseases, what are they warning us about?
Following the principle of similarity, we can see that what the virus does to us humans, we do to the planet. And so, what are we humans doing in the last few centuries?

Thanks to the development of science, we have begun to deplete the planet’s resources in order to provide new territories for the growth of our population. We exhaust the soil, pollute the air, water and deplete the natural resources hidden in the bowels of the earth at incredible rates.
We have even managed to change the climate, thanks to technological activity, the average temperature has risen over the 20th century by nearly 1 degree, and by the end of the 21st century it will rise by another 1.5 – 2 degrees, if we maintain this industrial development. Many animal species have disappeared, others are threatened with extinction. When we destroy one territory, we move to another, deliberately causing fires in the lungs of the planet – the Amazon forests (by analogy – the virus causes a kind of fire in the human lung!) have new land for cultivation and more profit.

What the virus does is exactly the same, but inside man. For the virus, man is like a continent that must be conquered and inhabited. It begins to multiply in one area, the throat, overpopulates it and then it transfers to another – the lungs. One raises his temperature to fight the virus, starts coughing to throw it away, but fails. This continent is dying, but the virus is transferred to another person. (the same thing we see in history with the conquest of America and Australia).

Human expansion is like a pandemic, it has already conquered the entire Earth, and we even look at nearby planets and want to draw resources from them for our own development and profit.

This is made possible by the development of science, which, however, is accomplished without the development of morality and spirituality. Today, man is driven by greed, the same driving force that propelled him in the 18th century and is described by economist Adam Smith. I even think that man has become more greedier than before. There is no morale or hindrance when it comes to the profits of transnational companies. Nature is just a raw material that needs to be turned into $$$ with the help of science and technology.
The most predatory country today is China. America, in turn, uses the resources of the entire planet in a similar way. Therefore, it is very likely that the pandemic will first hit the stock prices of their companies. This is the first lesson, though not obvious. Even the healthcare systems are used as profit making machines for shareholders, and the primary goal, human health, has become secondary.

Most of the money in the world is being used for weapons, ie. for the sake of destroying ourselves, even viruses don’t go against each other. Human morality is worse than that of the viruses. And unlike them, we have Buddha, Christ…

None of their teachings was actually applied by the people in their lives, businesses and governments (maybe with a few exceptions). Therefore, by analogy, spiritual centers and communities in Korea, Iran, and Italy became the vector for the spread of the disease in the world.

Religions all over the world are in enormous debt to society because of their inner fights and struggles based on who was first, who is greater, more faithful, more true, closer to God, etc. Small and insignificant topics for humanity. Religion did not fulfill its role of being the spiritual flagship and moral headquarters of humanity in the age of scientific development.

In times of crisis like this, people will look for hope in temples and churches but will not find it there because they are hollow, deprived of meaning. The place for spirituality should not be between the walls of the church. Spirituality should be embedded in every human activity, whether we are talking about production, services, education, science, management – everything must be subordinated to morality and the new covenant of Christ: “Love God and your neighbor as yourself”.

One of the manifestations of God is Nature and the good we receive from it – plants, animals, natural resources, water – now all this is sold for profit, and our neighbor – this is man, is being used to extract these resources from the earth for a handful of dollars. Any technological development of society, without the development of spirituality and without love, is doomed to fail. Everything that we have built will collapse. This is the second lesson!

And, if the lessons are not learned by those who lead the fates of our world, even if this calamity is resolved, new and more terrible ones will soon follow. They will collapse the foundations of modern civilization, which are weak and cannot bear the greed of 7.7 billion people.

We will return to the generic community system, and we will have to rebuild from the ruins of the present, a new and better human civilization.

PREPARE YOURSELVES AND MAY GOD BE WITH US ALL IN THE COMING DAYS!