When does the Age of Aquarius begin?

If we use mathematics we can calculate that on the 20.03.2377 AD, the spring equinox point will reach the sign of Aquarius (sidereal zodiac, ayanamsha Fagan)

If we use the constellations boundaries calculated by the International Astronomical Union (IAU) in 1928, this event will happen around the year 2600 AD. This is because the constellation of Pisces occupies more than 30 degrees (the size of zodiac sign Pisces).

However, the ancient Sumerians did not calculate, but instead observed the rising constellations and gave them proper names and meanings. If you look at the Sun at sunrise on the day of the equinox, you will not see stars around it, because its light makes the stars invisible.

Only if you look east 40-60 minutes before sunrise, you will see which constellation is rising heliacally. Let’s see what people of different ages saw in the sky at the moment. The astronomical software Stellarium was used to illustrate this.

2000 BC
On the day of the spring equinox, in the morning just before sunrise, the ancient Sumerians observed the rising of the constellation Aries.

During the time of Christ, 33 AD.
On the day of the spring equinox, in the morning just before sunrise, the ancient Jews observed the rising of the constellation Pisces. 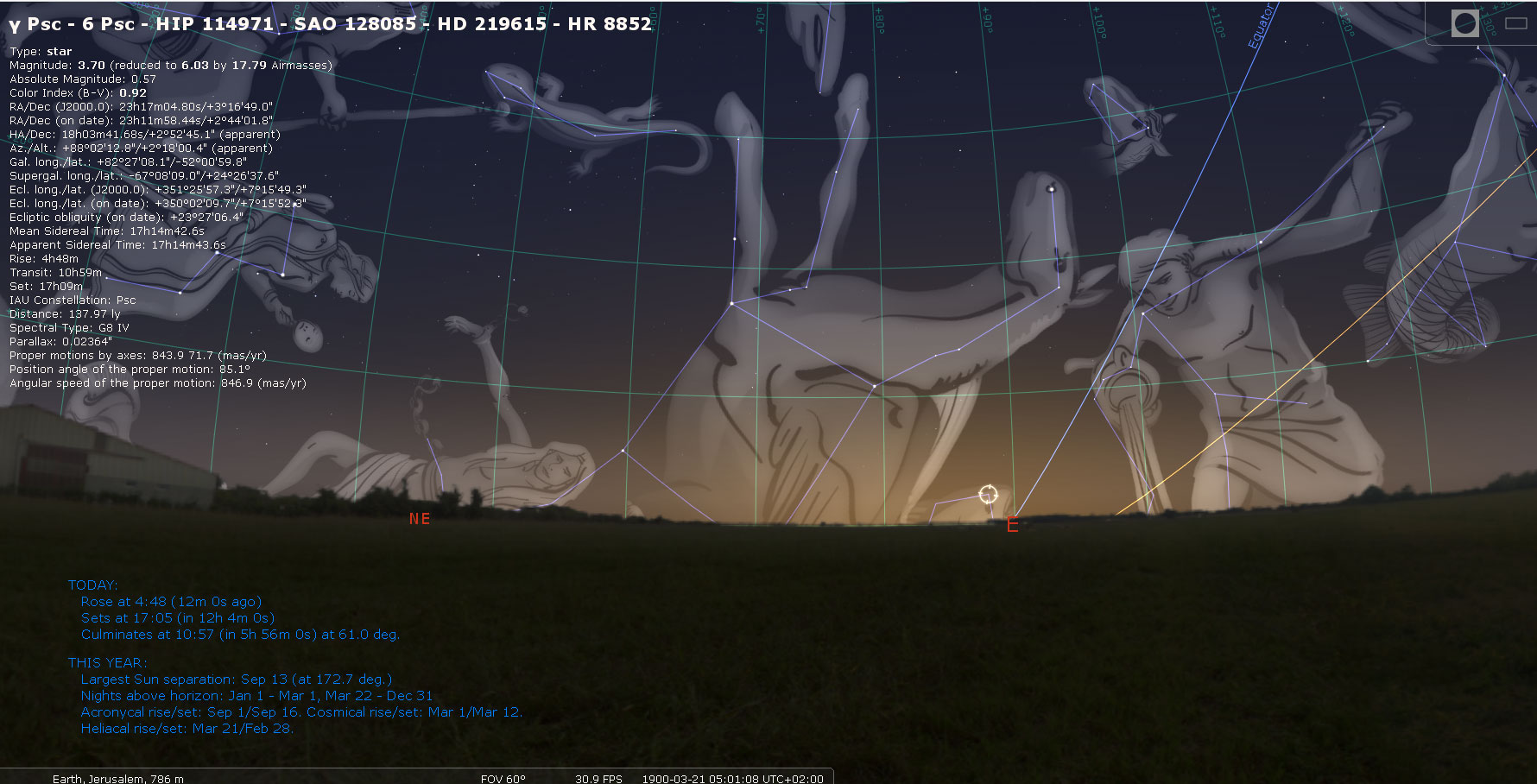 1900 AD
On the day of the spring equinox, in the morning just before sunrise, over Jerusalem, the star Simmah (gamma Pisces) rose for the last time, and the stars of the Aquarius constellation were visible above it. According to the spiritual teacher Beinsa Douno (Peter Deunov), the Age of Aquarius began on March 22, 1914 AD.

It should be noted that on the 43rd parallel, this happened about 2 centuries earlier – in the period between the years 1700-1800. This is when the Industrial Revolution began in Europe, as did the French Revolution (1789).

But why do I use the coordinates of Jerusalem? If we use the birth of Christ as a starting point for counting time, we must also account for the place of his birth, in order to make an accurate assessment. 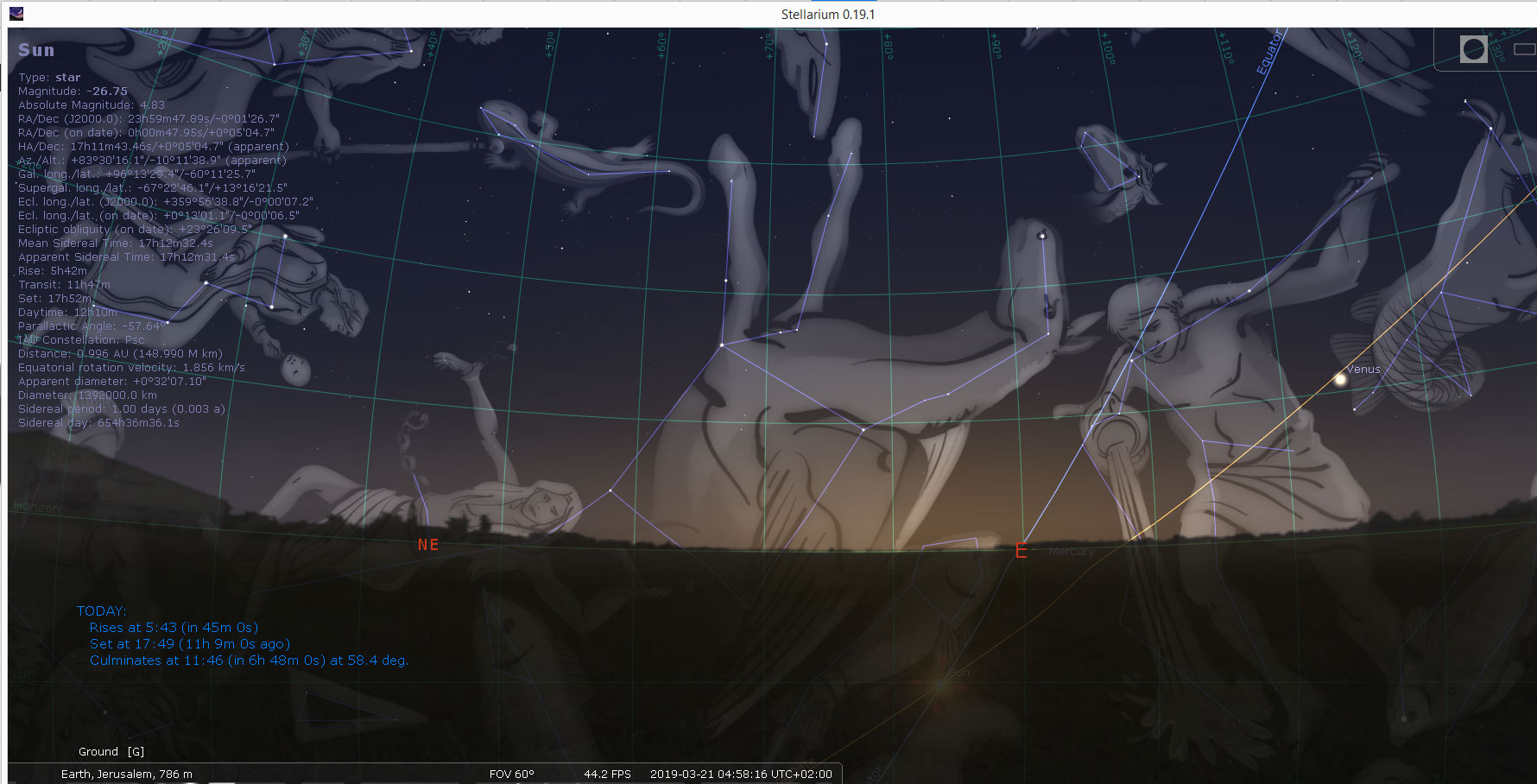 Today, if we go out 1 hour before sunrise on the day of the spring equinox, we will be able to see the stars of the constellation Aquarius rising above the horizon. We are already in the Age of Aquarius.